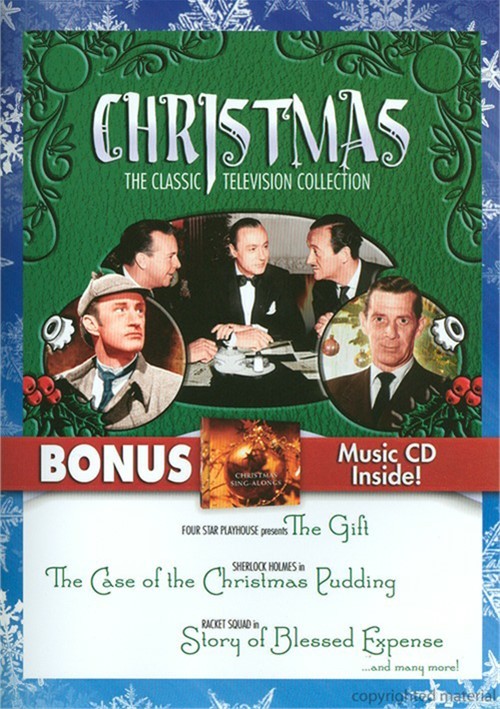 Charles Boyer plays Carl Baxter, a Scrooge who hates Christmastime because of his disappointments in life. Will Carl have a change of heart after seeing a poor woman on welfare do everything she can to give orphaned children a Christmas to remember?

A cynical Hollywood writer meets a drunken, disillusioned stranger in a bar. A playwright, Deacon (David Niven) brags of his knowledge. Bart challenges Deacon to prove it. With the patrons' rapt attention, the stranger recites his entire play.

Corliss (Ann Baker) and her boyfriend manage to trash their decorations, tree, and homemade gifts - all without dampening their merry Christmas spirit.

The "Society for the Deserving Poor Children" asks an elderly man to play Santa Claus to raise funds, but the dollars begin to disappear. Captain Braddock (Reed Hadley) investigates. Will Santa take the fall or will the real bad guys get their comeuppance?

Sir Percy Blakeney (Marius Goring) takes four youngsters to share Christmas with Mrs. Burton. Without warning, he is called away to France by an urgent message.

Reviews for "Christmas: The Classic Televis"