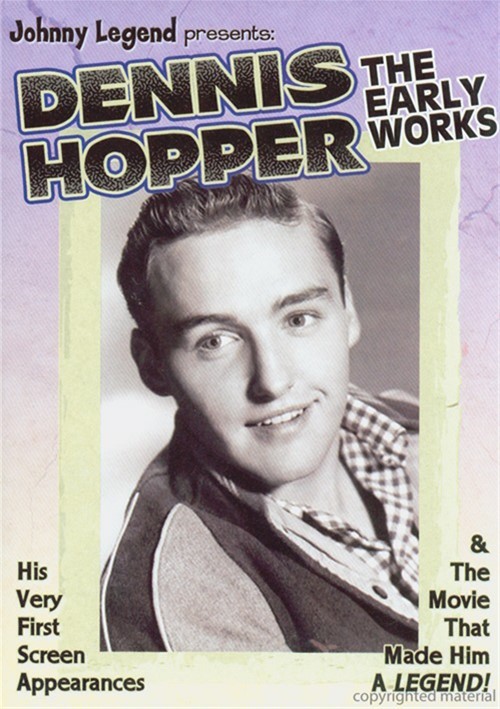 Actor/writer/director/artist Dennis Hopper blasted his way into the American Consciousness with three pivotal back-to-back appearances on popular TV series in early 1955, leading up to his big-screen breakthrough in Rebel Without A Cause later that same year.

Richard Boone introduced this moving tale of a young epileptic (Hopper) struggling to survive. Utilizing pioneering solarization techniques to illustrate the effects of the disease, this episode itself had a tough time surviving and had to be restored from three separate sources. Directed by James E. Moser, later best-known as the creator of the Ben Casey series.

In this early study of juvenile delinquency, Hopper is accused of murdering the Mama's Boy who came after him with a lead pipe. Featuring Reed Hadley (Racket Squad) and directed by Erle C. Kenton (Island of Lost Souls).

In a more traditional dramatic turn, Hopper stars as a spoiled rich kid who agrees to work out his debts on Loretta Young's farm. Note: Hopper was already receiving early star treatment and was top-billed in the end credits as appearing, "through the courtesy of Warner Brothers Pictures."

Hopper shines as a beat-poet/slacker who brings a touch of Greenwich Village to the backwoods in this standout episode of the popular series.

Â· Night Tide - Inspired by Val Lewton's Cat People, this critically-acclaimed low budget ($25,000!) classic film provided Hopper with his first serious leading role and established him firmly on the cult/avant-garde landscape. Hopper in Johnny Drake, a navy boy on leave who falls in love with the mysterious More (Linda Lawson), a mermaid in a Santa Monica pier sideshow, who might actually be a both a real-life mermaid and a full-moon murderess! Directed by the legendary Curtis Harrington (The Killing Kind, Games). Premiered in 1961, officially released in 1963.