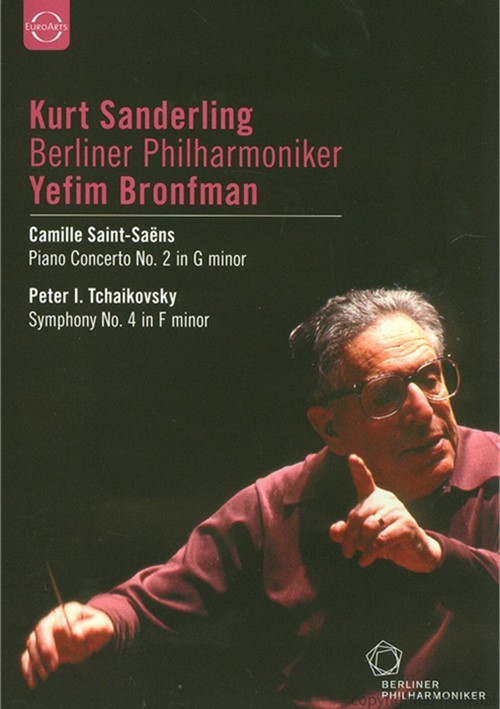 Almost exactly twenty years ago two of the most impressive figures from the world of classical music appeared with one of its most famous orchestras at the Philharmonie in Berlin: Kurt Sanderling, the grand old man of the German Romantic school, conducted the Berlin Philharmonic in performances of Santi-Saens' Second Piano Concerto in G minor and Tchaikovsky's Fourth Symphony in F minor. The soloist was the gifted pianist Yefim Bronfman. It was a unique encounter on the highest musical level, and thanks to the brilliance, expressive power and sheer musical delight of both artists it revealed a degree of timeless perfection that turned this concert into a precious jewel among performances for connoisseurs and music lovers alike.