Black Metal: The Music Of Satan 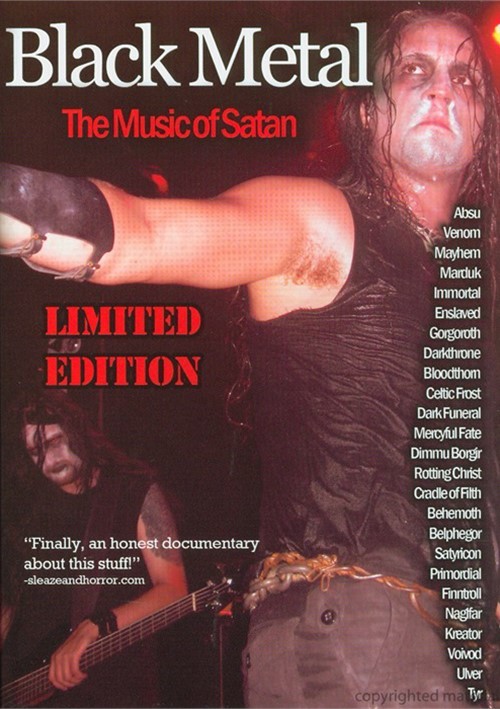 Black Metal: The Music Of Satan

Documentaries about Black Metal often portray the fake aspects and blow things out of proportion. Brainwashed fans only want to watch thing that they have already foolishly come to believe. How many more times does a person need to regurgitate the story of how Euronymous got stabbed?

Some bands have taken advantage of the less intelligent metal heads and pretend to be humorless, maintaining a fake "evil" facade. These charlatans know how to make some easy money.

But not everyone is a liar. This documentary has assembled as many of the forefathers of Black Metal as was possible. In most cases, these artists were happy to be themselves. You will see a new side to a lot of people, and it is likely that you will see some artists speak for the first time.

Make no mistake. This documentary was not made to debunk Black Metal. Rather, the intention was to gather an astounding diversity of personalities and to make them talk. You can judge for yourself.

Reviews for "Black Metal: The Music Of Sata"