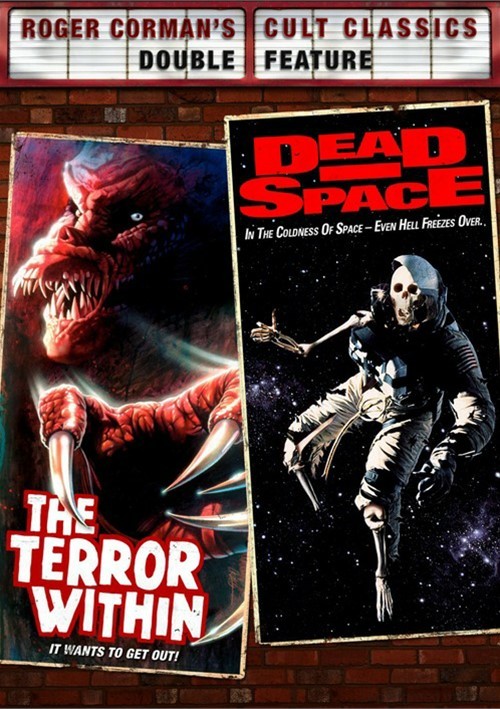 In the aftermath of a chemically induced plague that wipes out most of the world, the only survivors are a small group of scientists trapped in a laboratory 500 feet below the ground in the Mojave Desert. But they are not alone...The Terror Within stars Academy Award-winner George Kennedy (Cool Hand Luke), Andrew Stevens (The Fury) and Terri Treas (The Nest).

Phaebon had been thought to be a safe and controlled research facility until; a distress signal calls for commander Kreiger (Marc Singer) and his robot Tinpan. Together, they try to save the planet from a spreading virus and an odd and growing cocoon in Dead Space, a loose remake of Forbidden World. Also starring Bryan Cranston (Breaking Bad) and Laura Tate.

Review "Terror Within, The / Deep Spac"

Reviews for "Terror Within, The / Deep Spac"