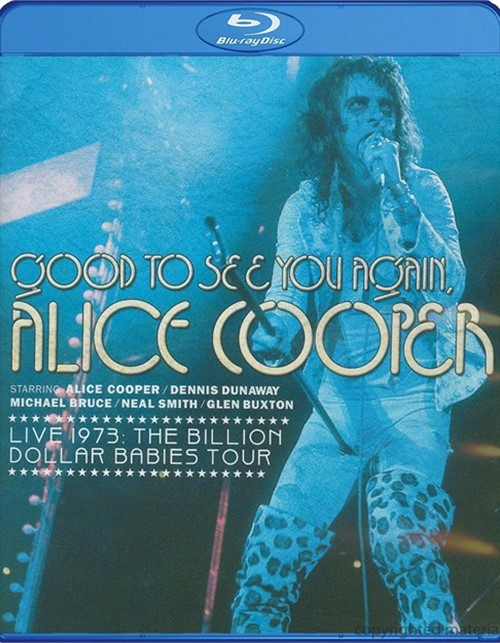 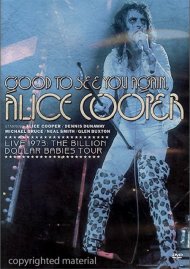 The original Rock'n' Roll spectacle. The groundbreaking tour. The five original members of Alice Cooper group captured live. The 1973 Billion Dollar Babies show was the first of its kind. No other band had ever brought a more expensive, elaborate theatrical production to the rock stage - and rarely has any since.

Good To See You Again, Alice Cooper - the film made during the Billion Dollar Babies tour that combines stunning concert footage with an outrageous story and also features the band's acting debut - has been transferred in high definition and now includes a new 5.1 Surround Sound mix.

Reviews for "Good To See You Again, Alice C"