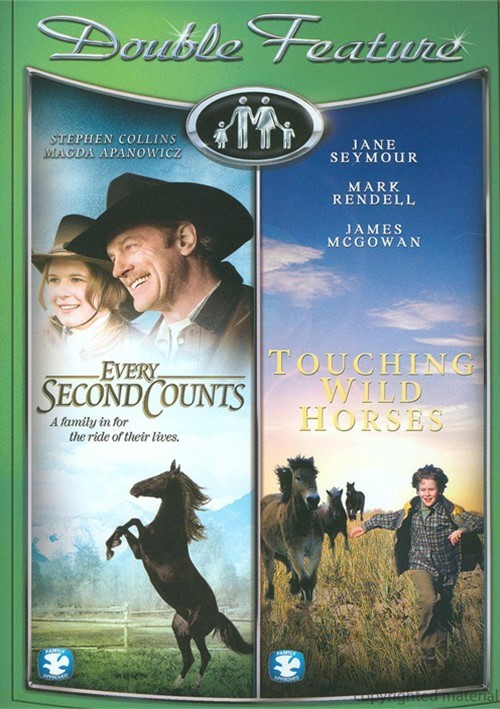 As seen on the Hallmark Channel, Every Second Counts follows 17-year-old Brooke Preston, a gifted equestrian on the verge of becoming a world class champion. Brooke faces the biggest decision of her life - whether to pursue her father's (Stephen Collins - "7th Heaven") dream of becoming a professional or her aspirations to go to college and lead a normal life.

After a terrible car accident involving his family, 12-year-old Mark is sent to live with his aunt Fiona (Jane Seymore) on a beautiful and remote island. Isolated from most of the world, Fiona and a park ranger are the only human inhabitants of this wind-swept island, home to a heard of wild horses. When the mother of a young colt is killed, Mark breaks the rules and begins to feed and nurture the young animal. At first Fiona is furious,, but as she and Mark begin to create their own family bonds, she helps him to keep the horse from starving and each learns lessons from the other about compassion, faith and family ties.

Writer/Director Interviews
Behind The Scenes

Reviews for "Every Second Counts / Touching"