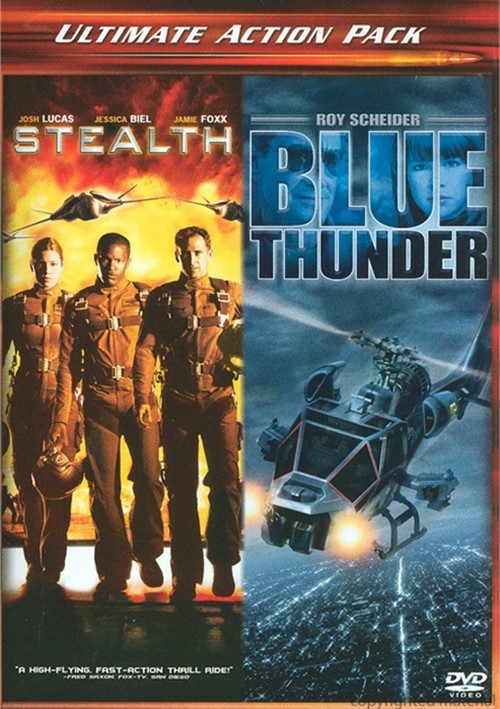 Henry, Ben and Kara are hands down the world's best tactical fighter pilots. But a new member joins their team, a state-of-the-art, fully automated, pilotless, super stealth warplane - inhuman and invincible. But once this stealth goes up it's never coming down, wreaking destruction in seconds across the globe, leaving the team with one last no-fail mission: to stop it - no matter what.

Chosen to test Blue Thunder, Frank Murphy (Scheider) is amazed by the high-speed, high-tech chopper. It can see through walls, record a whisper, or level a city block. Distrusting the military mentality behind Blue Thunder, Murphy and his partner Lymangood (Daniel Stern) soon discover that the remarkable craft is slated for use as the ultimate weapon in surveillance and crowd control. Jeopardized after being discovered by sinister Colonel Cochrane (Malcolm McDowell), Murphy files Blue Thunder against military aircraft in a spell bounding contest over Los Angeles.