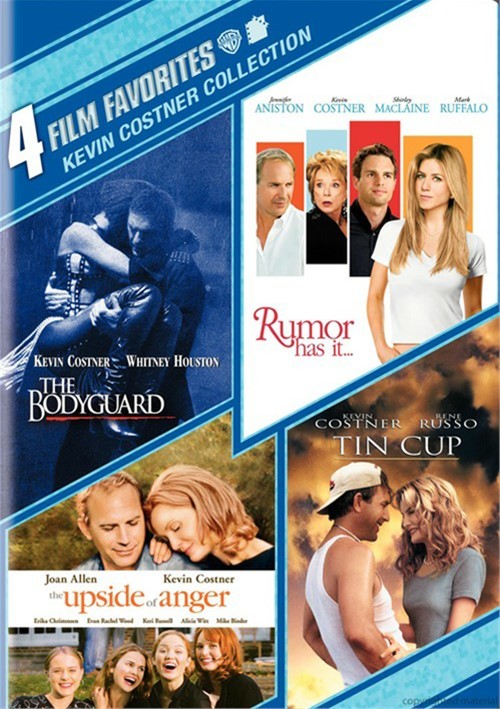 At last there's a movie for anyone who's ever looked at the eccentrics and oddballs in his or her family and wondered: Who are these people? Jennifer Aniston stars in and Rob Reiner (When Harry Met Sally...) directs a star-powered romantic comedy about family, love, marriage and other major catastrophes.

Aniston portrays Sarah Huttinger, whose return home with her fiancÃ© convinces her that the sedate, proper, country-club lifestyle of her family isn't for her, and that maybe the Huttinger family isn't even hers. Join Sarah as she uncovers secrets that suggest the Huttingers are neither sedate nor proper - and as Kevin Costner, Shirley MacLaine and Mark Ruffalo join the fun. The story is rumor. The laughs are real!

An unreachable shot to the green. A hopeless romance. Driving-range pro Roy McAvoy can't resist an impossible challenge. Each is what he calls a defining moment. You define it. Or it defines you.

With lady-killer charm and a game that can make par with garden tools, Kevin Costner plays Roy, where golf is a head and heart game. On both counts, that's where shrink Molly Griswold (Rene Russo) comes in. She's big city, Roy's small time, and he believes only the grandest of gestures can lure her away from a slick touring pro and earn her love. So Roy and his dutiful caddy set out to do the impossible: win the US Open.

The Upside Of Anger

in life, sometimes the very things that pull us apart can also bring us back together. Joan Allen and Kevin Costner lead a stellar ensemble cast in the moving story of a bright, witty suburban housewife (Allen) whose world comes crashing down when her husband unexpectedly disappears. Left to raise four headstrong daughters (Erika Christensen, Evan Rachel Wood, Keri Russell and Alicia Witt), Terry's already hectic life turns totally chaotic when she falls for Denny (Costner), a former baseball star-turned-local DJ. Now it's the girls who are f-rced to deal with their mom's romantic dilemmas - along with their own - in this poignant yet wickedly humorous family drama.

In her spectacular film debut, Whitney Houston plays Rachel Marron, a music/movie superstar at her peak. Fans want to see her. Hear her. Touch her. But one wants to kill her - and that's where security expert Frank Farmer (Kevin Costner) comes in. Farmer is a professional who never lets his guard down. Rachel has always been in control of her glamorous life. Each expects to be in charge. What they don't expect is to fall in love.

The Upside Of Anger