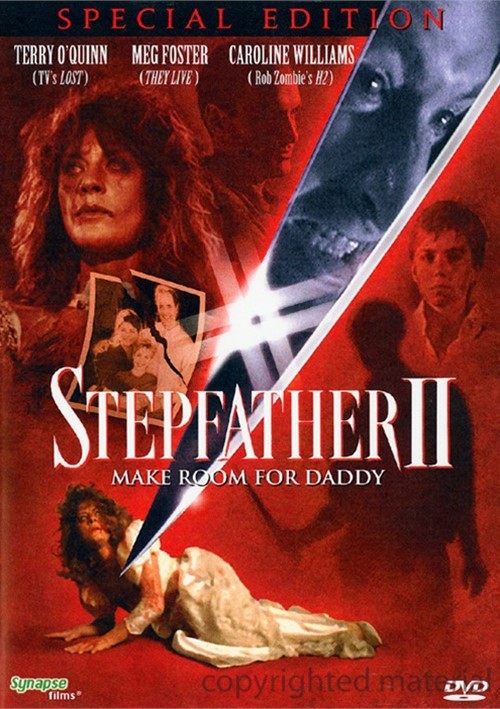 After a daring escape from a psychiatric hospital, the Stepfather (Terry O'Quinn - TVs Lost) assumes a new identity and sets out in search of a new family to marry into... and kill! He finds the perfect victims: attractive and recently divorced carol Greyland (Meg Foster - They Live) and her son Todd (Jonathan Brandis - Hart's War. Posing as a caring family therapist named Gene, he appear to be the ideal second husband and father for these two lonely people. But Carol's best friend Matty (Caroline Williams - Rob Zombie's Halloween 2) suspects that Gene is too good to be true. When Carol's first husband returns to attempt a reconciliation, he trigger's Gene's fear of discovery, sending him on violent, bloody killing spree. Eliminating everyone who stands in his way, Gene turns his wedding to Carol into one of the most horrifying and gruesome sequences ever filmed!