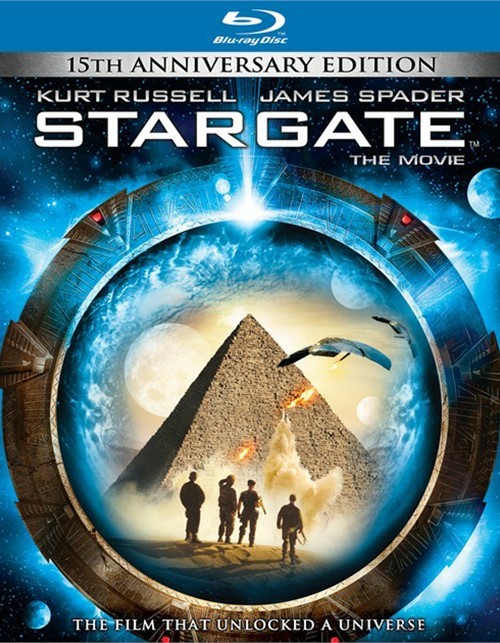 The original epic movie from director Roland Emmerich (Independence Day) that spawned a galaxy of fans worldwide, Stargate remains a thrilling adventure through space and time that is not to be missed.

Now, for the first time, see and hear the movie like never before - with multiple versions of the film presented in 1080p High Definition and all new 7.1 DTS-HD Master Audio - and go beyond the gate with special features that capture how Stargate unlocked a massive franchise universe and became a must-see modern sci-fi classic.

New Deciphering The Gate: Concepts And Casting
New Opening The Gate: The Making Of
New Passing Through The Gate: The Legacy
New Never Before Seen Gag Reel
New Master Of The Stargate: Interactive Trivia Challenge
New BonusView Picture-In-Picture Ultimate Knowledge
Is There a Stargate?
The Making Of Documentary
Audio Commentary With Writer/Director Roland Emmerich And Writer/Producer Dean Devlin.