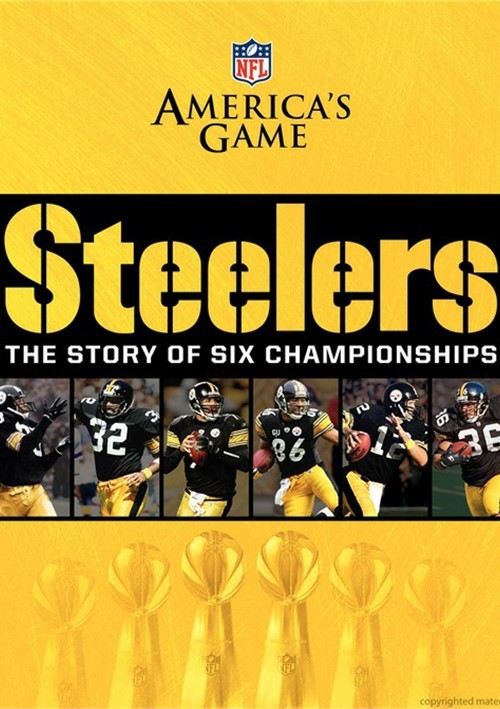 The Pittsburgh Steelers are one of the most dominant teams in NFL history. They were the first team to win four Super Bowls and with their recent victory in Super Bowl XLIII, they are now the first franchise to have earned six Lombardi trophies.

Now, each of the championship seasons of this historic organization has been documented in the award-winning series America's Game and is available to own on DVD in this exciting six-disc set.

Join NFL Films as they tell the stories of the Steelers' Super Bowl teams of the seventies -and the new- millennium teams that turned Pittsburgh into "Sixburgh."