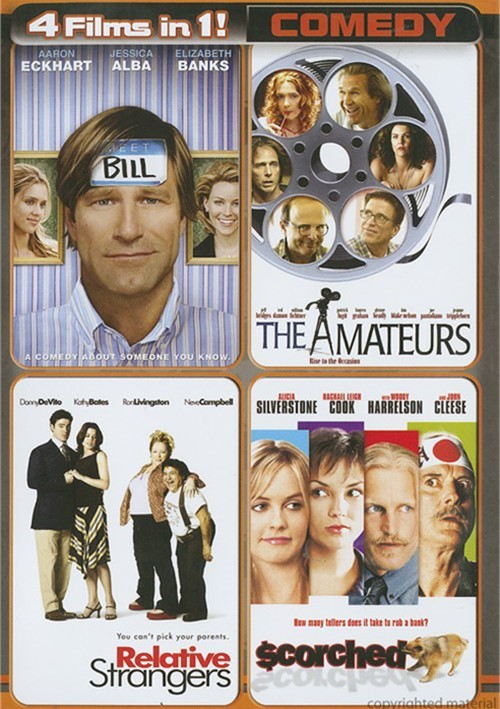 Meet Bill (Aaron Eckhart), a man determined to transform his life from being a doormat to his nagging, cheating wife (Elizabeth Banks) and his condescending father-in-law boss, with the help of his self-assured teen mentee (Logan Lerman) and a cute lingerie salesgirl (Jessica Alba).

When Andy (Jeff Bridges) discovers that his ex-wife (Lauren Graham) has married an extremely wealthy man who is now his son's cool stepfather, he enlists his friends (Ted Danson and Joe Pantoliano) in his grand plan to make the world's most innocent adult film, hoping it will lead to a life of riches and fame.

Dr. Richard Clayton (Ron Livingston) has it all - a loving fiancÃ©e (Neve Campbell), great parents and a successful career - until he discovers he is adopted and invites his unrefined and offensive biological parents (Danny DeVito and Kathy Bates) into his life.

In this laugh-out-loud comedy, three bank tellers (Alicia Silverstone, Paul Costanzo and Woody Harrelson) with nothing to lose plot to rob a bank with a hilariously unconventional scheme.