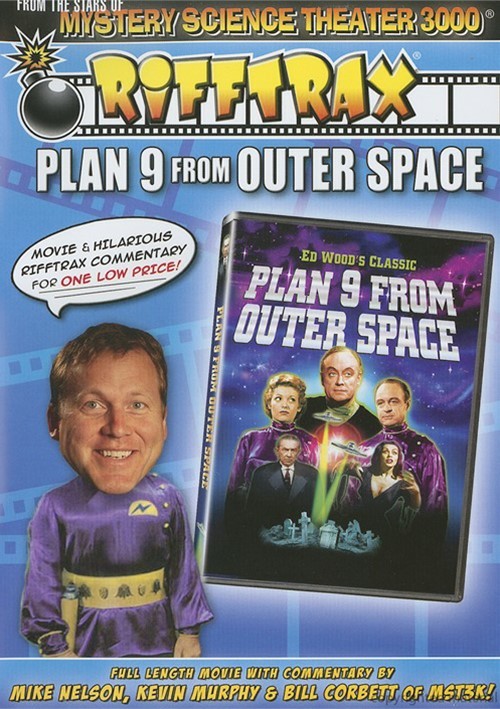 If you set out to create the worst movie you could imagine, what would be your second step? (We're presuming you've already hired Cuba Gooding Jr. as the lead.) Maybe to cast a 300 pound Swedish wrestler as the L.A. Police Chief? Make some flying saucers out of tinfoil and string? Perhaps see if a guy named Dudley Manlove could fill a supporting role? And you'd certainly want legendary director Ed Wood, Jr. involved, as writer, producer, director, or if possible, all three!

Well, Plan 9 From Outer Space has all of that and more! (Except Cuba Gooding, Jr. Aside from not being born when it was made, he had already committed to Daddy Day Camp) Plan 9 is a movie that exceeds all expectations, a difficult task for a flick frequently dubbed "The worst movie of all time." Few films are more deserving of a hilarious, mocking commentary, and fortunately Mike Nelson, Kevin Murphy and Bill Corbett of Rifftrax.com and Mystery Science Theater 3000 rose to the occasion.