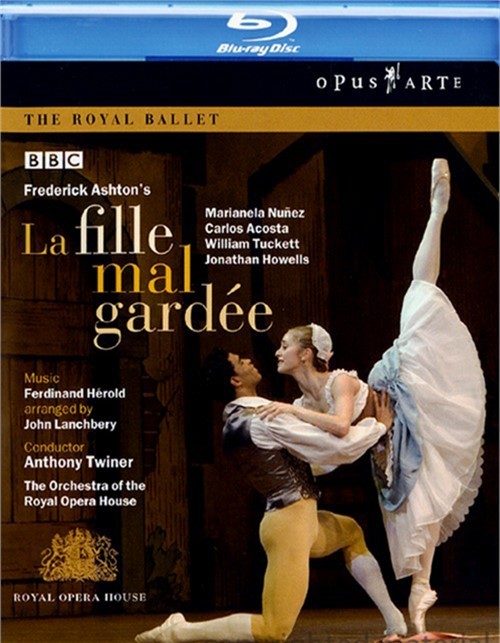 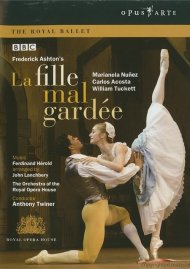 Ever since its triumphant premiere in January 1960. Frederick Ashton's La Fille Mal Gardee has been esteemed as one of his happiest creations. This is a charming piece, elegantly performed, a village love affair set in the idyllic Constable landscape of Ashton's imagination. Marianela Nunez and Carlos Acosta would be show stoppers in almost any suitable role, but as Lise and Colas they are superb. William Tuckett and Jonathan Howells, in the comic roles of Simone and Alain respectively, are every bit as arresting, both displaying a certain genius for knockabout. The luminously colorful Osbert Lancaster designs, together with the vitality of The Royal Ballet's dancing and vibrant playing from the Orchestra of the Royal Opera House under the baton of Anthony Twiner, serve to augment the harmless good fun at which Ashton excels.