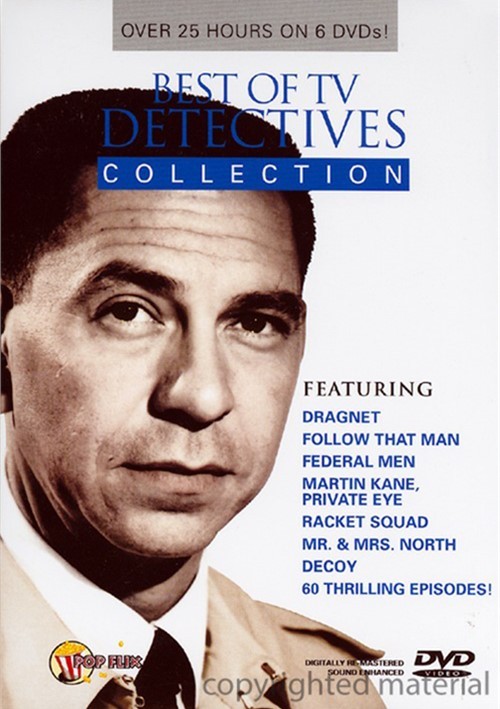 Stars Jack Webb as detective Joe Friday in the greatest detective show in the history of television!

Stars Ralph Bellamy as hard-boiled private detective Mike Barnett in this lean and mean crime series, a.k.a. Man Against Crime.

Stars Walter Greaze as the chief of a group federal agents battling hoodlum and racketeers, a.k.a. Treasury Mean in Action.

Stars Richard Denning and Barbara as a husband and wife team who solve crimes with sophisticated wit and humor.

"Best Of TV Detectives" SeriesView All 3 Titles in the Series > 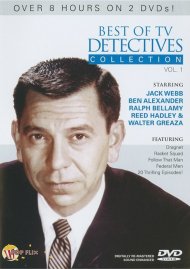 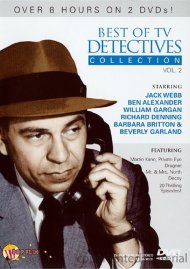