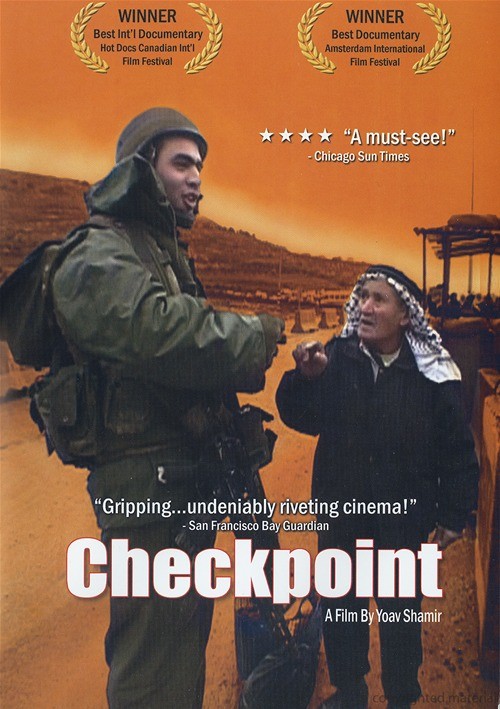 Over three million Palestinians live in The West Bank and Gaza Strip, which has been under Israeli military authority since 1967. Israeli director Yoav Shamir documents the impact of the enf-rced boundaries known as checkpoints on the Israeli border guards drafted to monitor them and the Palestinian citizens who must pass through them daily. Shot in a cinema verite style, a style of documentary filmmaking that stresses unbiased realism, the film shows these anonymous, one-time encounters between both sides and the lasting political, social, and cultural effects. Checkpoint gives a chilling look at the destructive impact on both societies.