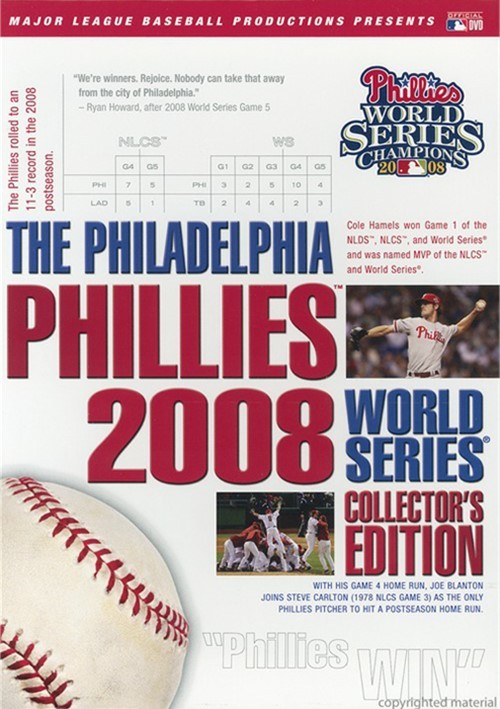 A Philadelphia Octoberphest Of The Phinest Kind!

From the Phillies comeback victory in Game 4 of the NLCS right through to the euphoric World Series Game 5 - all of the hits, history, and hysteria of the Phillies 2008 Fall Classic victory are here. Each of the final six Phillies victories in the 2008 World Series Championship season are digitally preserved in this remarkable DVD collection.

These complete-game DVDs includes enhanced audio tracks that allow you to choose which announcers to hear while you watch the television broadcasts, including the Phillies Radio Network crew. Your enjoyment is intensified with Sleevestats - official stats, trivia, and game summaries right on each game's DVD cover. With more than 18 hours of Phantastic October glory, this set will be a cherished part of your 2008 World Series collection.

The complete NLCS Games 4 and 5 versus the Los Angeles Dodgers.

All five World Series games against the Tampa Bay Rays.

Reviews for "Philadelphia Phillies: 2008 Wo"