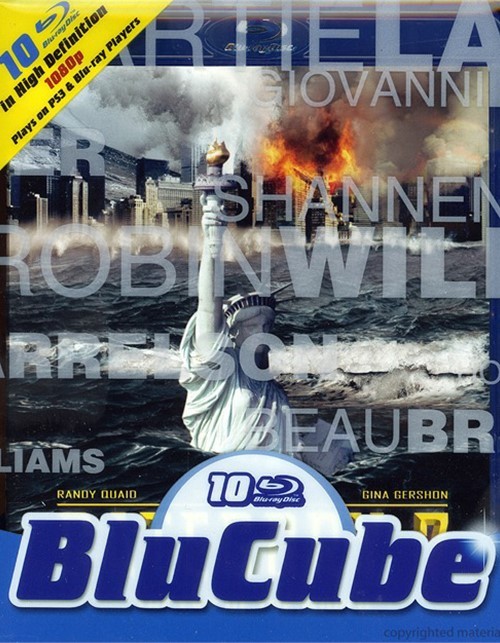 A massive 10.5 quake tears apart the West Coast, triggering an unrelenting series of natural disasters that threaten to turn the American landscape into a hellish wasteland. Seismologist Samantha Hill (Kim Delaney, TV's Army Wives) sees an even greater threat: an ever widening fault line that's heading for the country's two largest nuclear reactors. As the rumbling fault line continues to grow, Samantha races to find the one scientist who predicted this would happen years ago - and who can save millions from the ultimate nuclear apocalypse.

A hilarious, over the top comedy about a group of misfits whose softball team is in danger of getting kicked out of the league.

As a deadly Category 6 storm descends upon the Earth, unleashing violent winds, hurricane f-rce pressure, and devastating tornadoes, officials scramble to pinpoint the cause. Though global warming is suspect, beautiful but discredited scientist Faith Clavell (Shannen Doherty - Mallrats, TV's Charmed) realizes that something else is triggering the extreme weather. Teaming up with storm chaser Tommy Tornado (Emmy nominee Randy Quaid - Brokeback Mountain, Elvis) and Judith Carr (Gina Gershon - Sinatra, Face/Off), head of FEMA, Faith realizes they must enter the storm itself if they hope to stop it. While the country is at its most vulnerable, the government becomes aware that it is the target of a terrorist organization. Now, it's not only man against nature, but man against man as an intensified Category 7 approaches.....

The search for King tut's tomb becomes a life and death struggle for archaeologists - one who wants to protect the tomb's amazing powers and the one who wants to use them to control the world...

In the Golden Age of Piracy, at the dawn of the 18th century, Blackbeard stood out among the lawless rogues as the most fearsome and notorious seafarer of them all. He killed for the reputation, and his reputation has become legend. Now, for the first time, comes the true story of pirate Edward Teach, the man who terrorized the seas.

A family moves to a small town to run a long-abandoned funeral home, only to discover that something evil lurks there.

A deftly stylish, darkly funny tale of a dead body and an insurance scam gone awry - thanks to a manic investigator, two inept hit men, and a scheming long lost brother

As the luxury liner Poseidon slices through the waters of an ocean storm., the greatest danger is already on board - a terrorist with an explosive message for the world.

In this riveting end of days action thriller, an archaeologist discovers that aliens, posing as government officials, are secretly harvesting human bodies in a bid to take over Earth.

Five survivors land on an uncharted island in the Pacific, home to carnivorous monsters, bloodthirsty pirates, and the mad genius. Captain Nemo.

The Dark Secrets Of The Hellfire Council
Shooting "Egypt" in India

Behind The Scenes
Photo Gallery

Are We Alone? Interview With The Cast And Crew