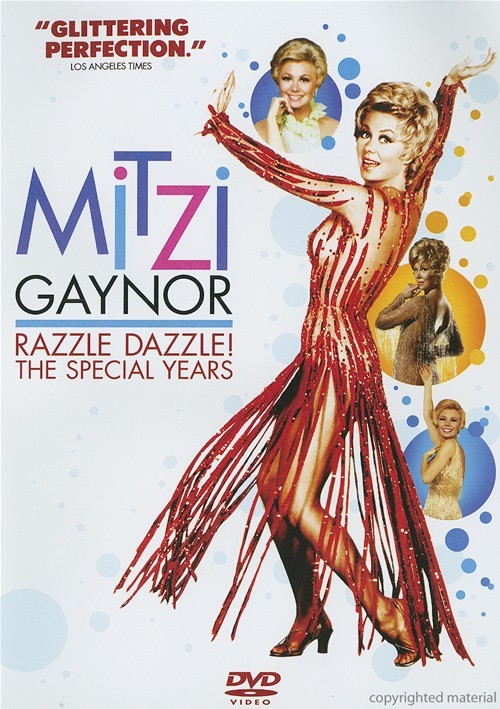 In honor of the 50th anniversary of Mitzi Gaynor's blockbuster film, Rogers & Hammerstein's South Pacific and the 40th anniversary of her first televised special, Mitzi Gaynor: Razzle Dazzle! - The Special Years is an all new documentary that captures the creative excellence, the brilliant fusion of song and dance, the glamorous Bob Mackie costumes and the non-stop excitement that were the hallmark of her glittering annual television events. For 10 years, Mitzi Gaynor's annual specials captured the imagination of audiences the world over. Now, for the first time in three decades, experience the ground breaking Emmy winning performances choreographed by some of the most influential f-rces in the world of dance: Peter Gennaro (Annie, West Side Story), Danny Daniels (The Tap Dance Kid), Robert Sidney (The Dean Martin Show) and Tony Charmoli (Women Of The Year).