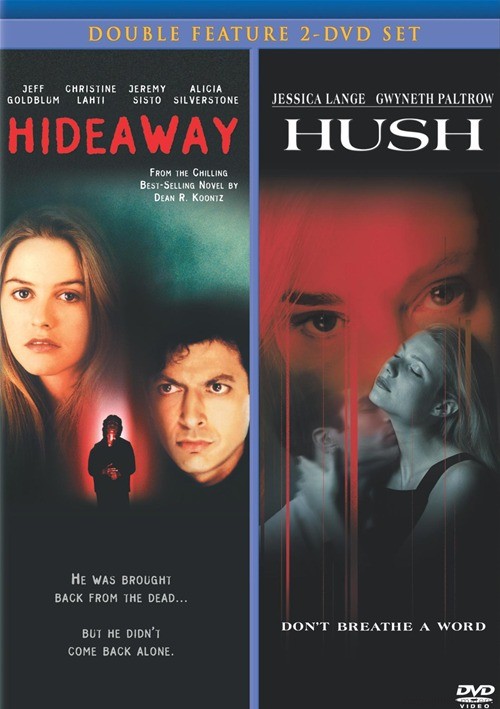 For two hours, Hatch Harrison was dead. And when doctors revived him, they brought more than Hatch's body back to life. Jeff Goldblum, Christine Lahti and Alicia Silverstone star in Hideaway, a terrifying thriller that journeys from the unconscious mind to the heart of all evil. When Hatch returns to the living, he discovers he is telepathically linked to a deranged killer. Horrified, Hatch witnesses the killer stalking a series of young women, including his own daughter. Through these visions, Hatch is able to follow the killer to a gruesome hideaway, where the terrifying secret of their linked lives is finally revealed.

Without family of her own, Helen is initially charmed by her impressive in-law and the sprawling estate where she lives. But behind the storybook scene lie dangerous secrets and dark motives. With the chilling undertones of Rosemary's Baby, Hush is a nightmarish lullaby of a maternal love that leads into madness.