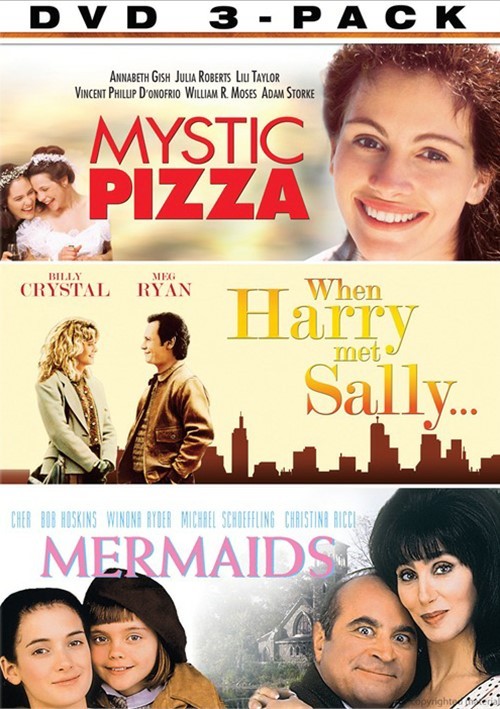 For sexy Daisy Araujo (Julia Roberts), her sensible sister Kat (Annabeth Gish) and their wisecracking friend Jojo (Lili Taylor), the summer after high school is a summer they'll never forget. Slinging pizza at a local restaurant, the three girls share their hopes, dreams and plans for escaping their small town. And when Daisy is swept off her feet by a wealthy young man named Charles, they all think she's found her ticket out. But when the girls learn that Charles isn't the man they think he is, they discover that with friendship and self-respect, not only will they find real happiness (and a way out of Mystic)... they just might find themselves!

Sex always gets in the way of friendships between men and women. At least, that's what Harry Burns (Billy Crystal) believes. So when Harry meets Sally Albright (Meg Ryan) and a deep friendship blossoms between them, Harry's determined not to let his attraction to Sally destroy it. But when a night of weakness ends in a morning of panic, can the pair avoid succumbing to Harry's fears by remaining friends and admitting they just might be the perfect match for each other?

Charlotte (Winona Ryder) is an adolescent girl torn between her blossoming passions for a handsome caretaker (Michael Schoeffling)... and her desire to be a nun (a tough calling for a girl who's Jewish). Complicating her already precarious teen angst is a little sister (Christina Ricci), a determined would-be swimmer she affectionately call "fishhead", and their mother (Cher), a nontraditional, sexy, flamboyant woman who relocates them to a new town every time she causes a hint of scandal - which is often. But even as their personal styles clash, these three incredibly different individuals begin to see that nothing - not even a life-threatening tragedy - can tear apart the bonds of family.