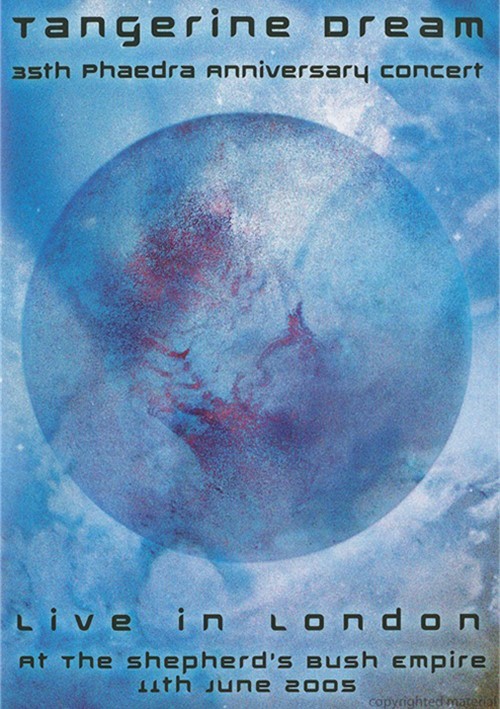 Tangerine Dream, German-based purveyors of imaginative electronic music, are known for their impressive live reputation. The band continues performing today led by founding member Edgar Froese. This DVD features the 35th anniversary concert where the band celebrated the recording of the landmark album Phaedra. The concert was performed in front of a sell out audience and featured material from Phaedra. alongside new material.