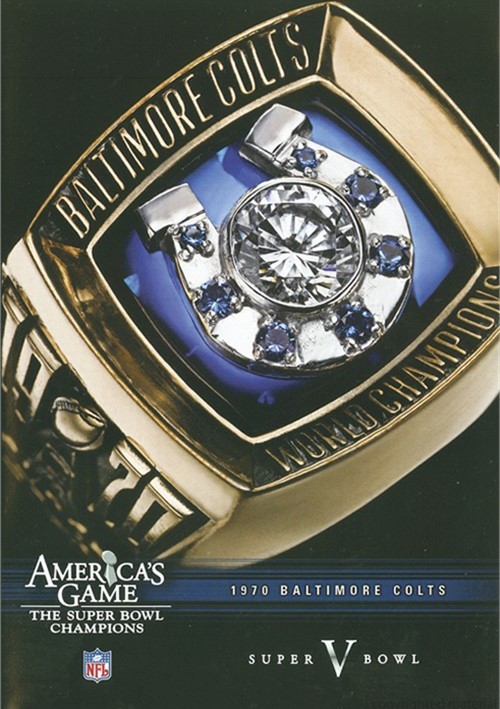 By any other standard, it was a season of triumph. Eleven regular season wins, two more in the playoffs, and then the crowning glory of victory in Super Bowl V.

But for the 1970 Baltimore Colts, the victory remained in the shadow of a devastating defeat - their crushing upset loss to the Jets two years earlier in Super Bowl III.

America's Game relives the Colts bitter-sweet season from their regular-season rematch against the Jets, through the first year of a merged NFL, to the comedy of errors that was Super Bowl V.

As told by men who lived it - Bubba Smith, Bill Curry, Ernie Accorsi and Mike Curtis, the story of the 1970 Baltimore Colts offers a rare glimpse into the proud heart of a champion. For some, it was a moment of sweet redemption. For others, it was a reminder of what could have been.