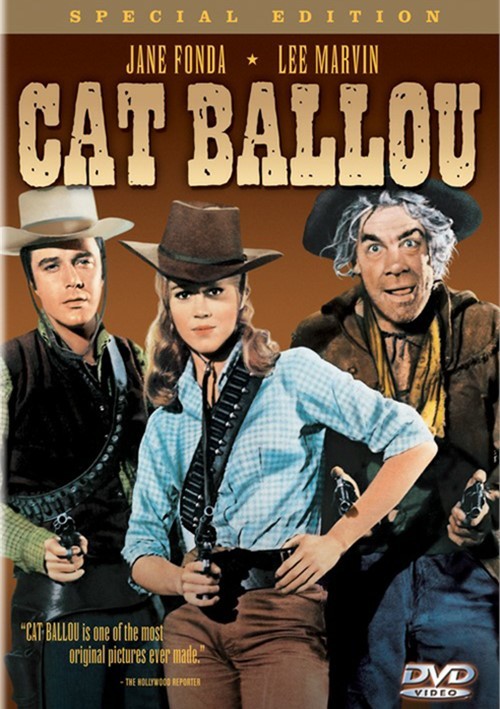 "A lark from beginning to end." -NEW YORKER

The sl--per hit of 1965, Cat Ballou was declared an instant classic when its sly blend of Western parody and rapid-fire action hit the screen.

Lee Marvin won an Oscar for Best Actor for his dual role as noseless ("it got bit off in a fight") gunslinger Tim Strawn and as Kid Shelleen, the woozy, boozy has been who goes up against him. Jane Fonda co-stars as Catherine "Cat" Ballou, the schoolmarm-turned-outlaw who teams up with Kid. Singer Nat King Cole and comedian Stubby Kaye also appear, singing the title song, "The Ballad of Cat Ballou."

This wild and wooly adventure is "the ultimate American spoof of the American Western." (Judith Crist)