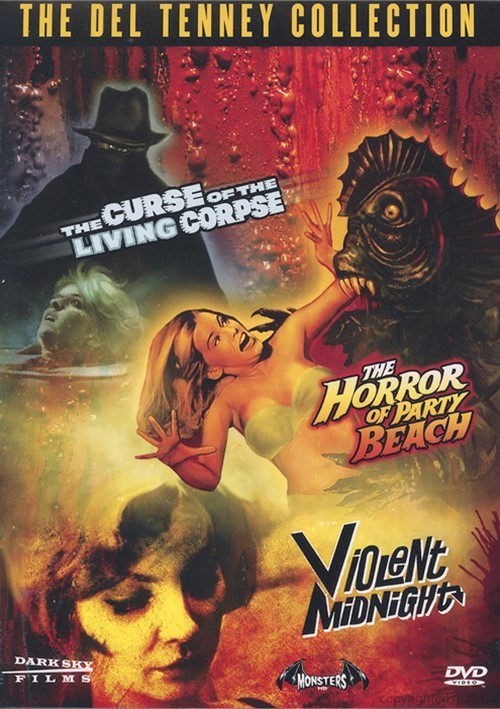 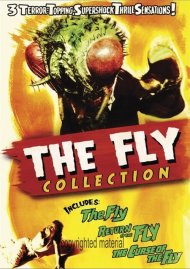 The Curse Of The Living Corpse

Rufus Sinclair has just passed away and is resting in his crypt. Or is he? The uncaring relatives arrive for the reading of the will, with strict demands about the burial. If not followed, old Rufus swears he'll come back and make each of them die in a manner they each fear most. Featuring the screen debut of Roy Scheider (Jaws, All That Jazz) and the only other film role of Candice Hilligoss (Carnival of Souls).

The Horror Of Party Beach

A drag race between hot rodders and bikers winds up at a swinging rock-and-roll beach party where The Del-Aires perform some rockin' tunes. Nearby, a barrel containing radioactive waste is unloaded from a passing ship, and plunged to the bottom of the sea, splitting against a jagged rock. When a peculiar back liquid oozes out covering a human skull, a vicious monster slowly twitches to life, and The Horror of Party Beach is born!

Elliott Freeman (Lee Philips) is a Korean War vet-turned-painter who becomes the prime suspect in the brutal stabbing death of his model, Dolores (Kaye Elhardt). Did he kill her to end their relationship? Or, did her ex-boyfriend, Charlie (James Farentino) murder her out of jealousy? Or, could it have been Professor Melbourne (Day Tuttle), a peeping tom with mysterious ties to the woman? It's up to Elliott's attorney (Shepperd Strudwick) to clear his name and downplay his reputation as a one-man killing machine.

Reviews for "Del Tenney Collection, The"