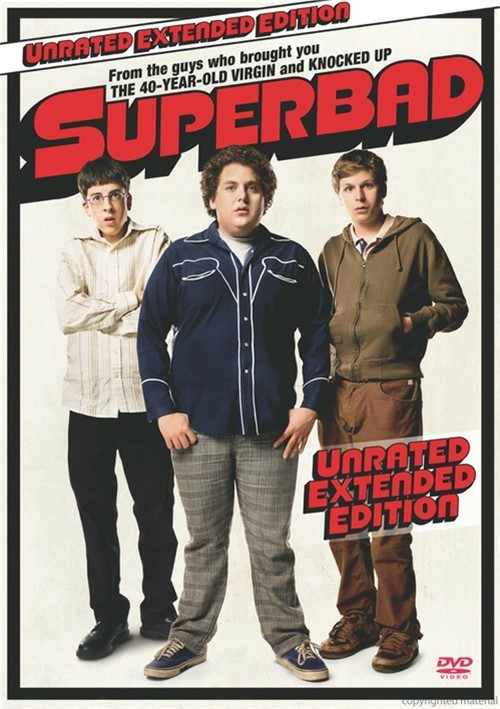 From the guys who brought you Knocked Up and The 40-Year-Old Virgin comes Superbad. Seth (Jonah Hill) and Evan (Michael Cera) want nothing more than to lose their virginity before heading off to college. To do that, though, they need to get liquor for the big party that night. With the help of their friend Fogell, a.k.a. McLovin (Christopher Mintz-Plasse), and his fake I.D., the three of them go on a hilarious chase for that elusive booze, dodging incompetent cops (Knocked Up's Seth Rogen and Saturday Night Live's Bill Hader) while attempting to reverse a lifelong losing streak in one hilarious night.