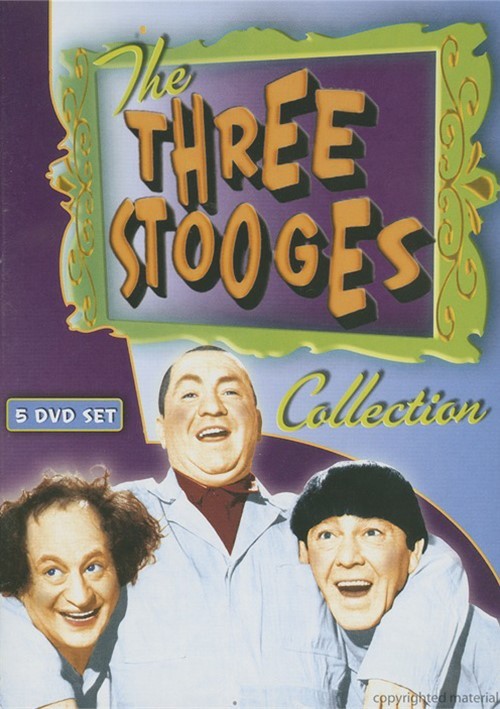 The Three Stooges were the undisputed kings of physical comedy. Their slapstick antics are just as fresh today as they were fifty, sixty, even seventy years ago when they began making short comedies for MGM and Columbia Studios. Moe Howard, Larry Fine, and Curly Howard were the first and best-known version of this zany trio. When Curly fell ill in the last forties, he was replaced by his brother, Shemp. After Shemp came Joe Besser in 1055 and finally, burlesque comedian Joe De Rita, who costarred with Larry and Moe in their later, full-length features.

In this extraordinary collection, you'll get the very best of the Three Stooges, including classic shorts with Larry, Moe, and Curly; comedies with Larry, Moe and Shemp; a rare, live episode of Camel Comedy Caravan from 1950 guest-starring Larry, Moe and Shemp; cartoons from the Stooges' 1965 animated series; plus rare comedy shorts starring individual Stooges - and more! No self-respecting Three Stooges fan should be without this fabulous collection!

Reviews for "Three Stooges Collection, The"