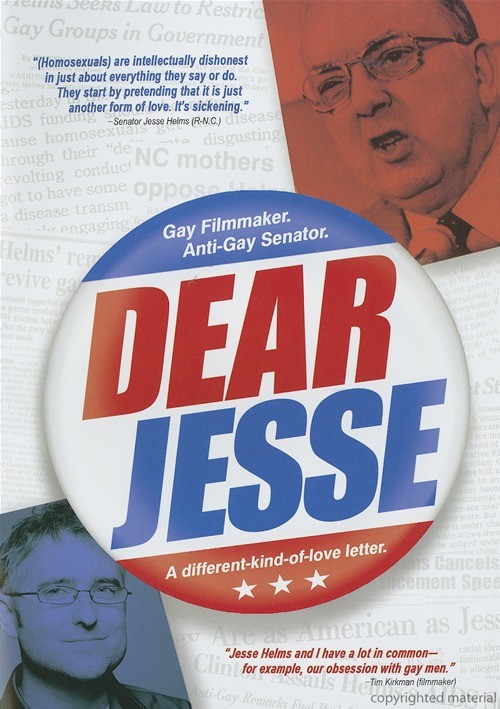 The Film also features a brief interview with Matthew Shepard, the young man whose murder called the worlds attention to hate crimes. Dear Jesse received Emmy, Independent Spirit, Gotham and GLAAD award nominations and was the winner of the Audience Award for Best Documentary at Frameline, the San Francisco Gay and Lesbian Film Festival, and was named Best Documentary of the Year(Runner-Up) by the Boston Society of Film Critics.