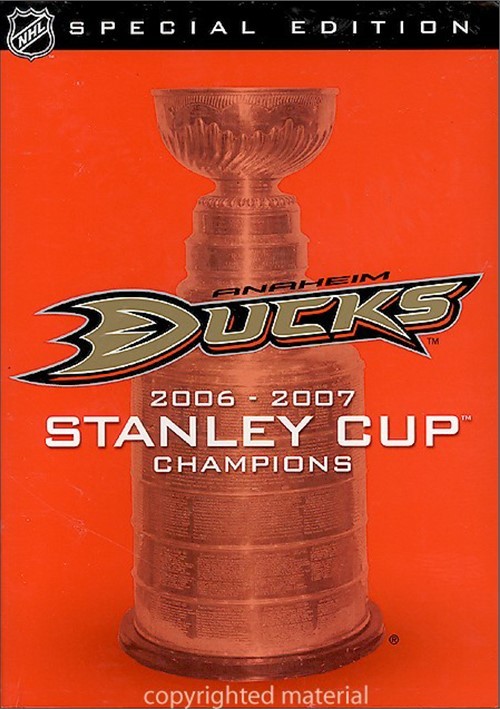 Follow the unstoppable Anaheim Ducks as they skate their way into NHL history with this special collector's edition DVD set. This 12-disc set included the entire broadcast of every game from the Western Conference and Stanley Cup Final.

Relive the heart-pounding action as the Ducks upset the top seeded powerhouse Detroit Red Wings, in a memorable 6-game series to become the best in the west. Plus, every minute of the thrilling 5-game series against the Ottawa Senators that brought the Ducks Stanley Cup glory. Also included, is the riveting Championship DVD, loaded with interviews, on-ice wireless, and locker room access from training camp to the Stanley Cup parade.