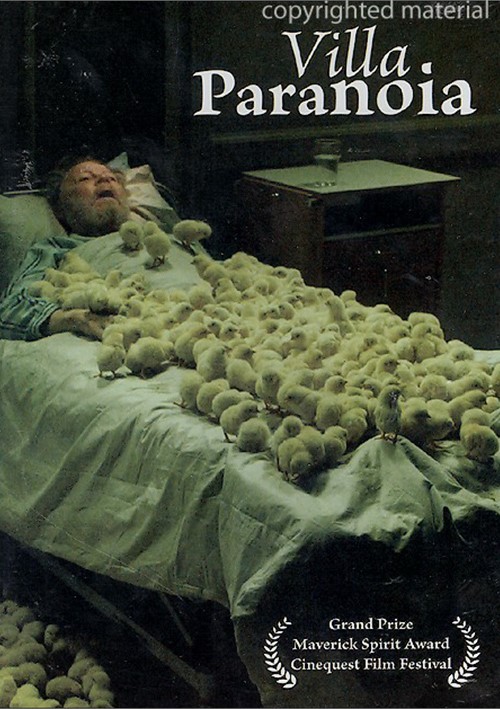 Anna is not very successful in her life with her acting career, but then Jorgen, a chicken farmer, persuades her to look after is decrepit and bloody-minded old father, Mr. Valentin. With undaunted recklessness, Anna embarks on this seemingly impossible task, but soon she realizes that the old man is capable of being much more than just a nuisance. And he holds a well-preserved family-secret that will change everybody's lives forever.

Villa Paranoia, which is Clausen's tenth feature film, is a positive and optimistic drama-comedy about taking the responsibility for your own life, and the fact that its never too late to regain your self-esteem no matter who - or what - you are or once were.