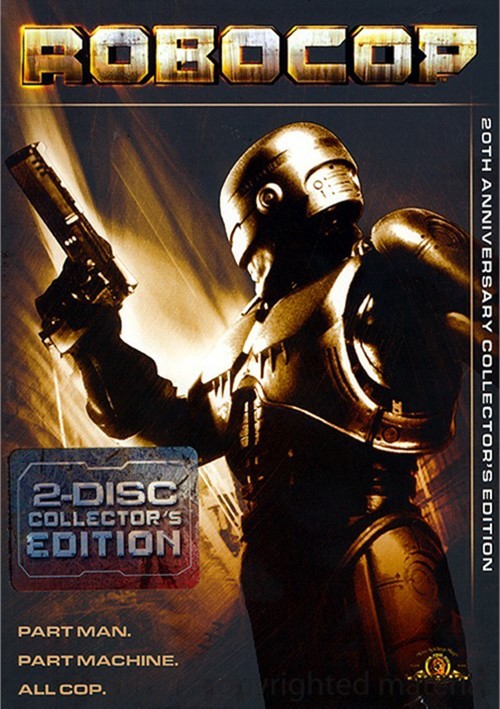 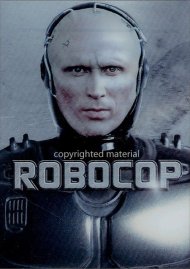 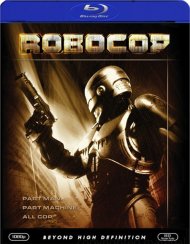 There's a new law enf-rcer in town... and he's half man, half machine! From the director of Total Recall and Basic Instinct comes a "sci-fi fantasy with sleek, high-powered drive" (Time) about an indestructible high-tech policeman who dishes out justice at every turn! When a good cop (Peter Weller) gets blown away by some ruthless criminals, innovative scientists and doctors are able to piece him back together as un unstoppable crime-fighting cyborg called Robocop. Impervious to bullets and bombs, and equipped with high-tech weaponry, Robocop quickly makes a name for himself by cleaning up the crime-ridden streets of violence-ravaged Detroit. But despite his new, hardened exterior, Robocop is tormented by scraps of memory of his former life, and relives vivid nightmares of his own death at the hands of the vicious killers. Now he is out to seek more than just justice... he wants revenge! "Fast, furious and entertaining" (L.A. Daily News), Robocop is "a fiercely paced action film" (Screen International) that doesn't let up on the thrills.