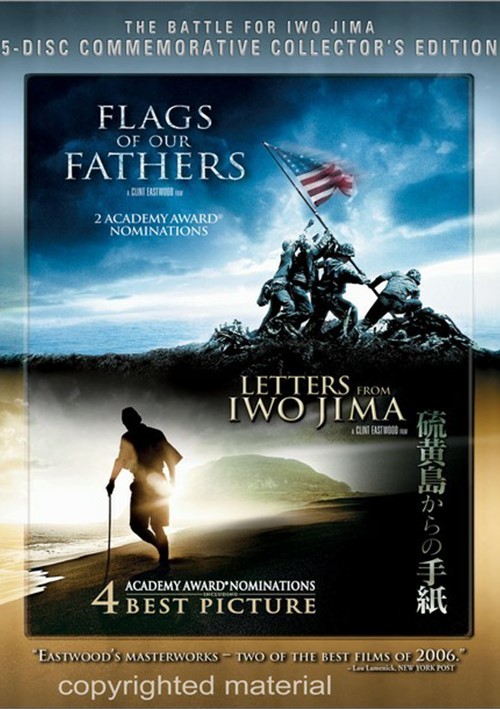 A Moving 5-Disc Collection Of Clint Eastwood's Tribute To Soldiers On Both Sides Of Battle.

Legendary filmmaker Clint Eastwood cuts open the heart of war and reveals the souls of men on both sides in a landmark dual film project hailed by critics as his masterpiece. i>Flags Of Our Fathers is a riveting chronicle of U.S. heroes on the front lines of battle and in the headlines at home, while Letters From Iwo Jima reveals the untold stories of the fierce Japanese fighters who rallied against awesome American f-rces. This 5-Disc Commemorative Collector's Edition includes Special Editions of both films, plus the compelling Bonus Disc Heroes Of Iwo Jima~~.

Flags Of Our Fathers

Reviews for "Battle For Iwo Jima, The: 5-Di"