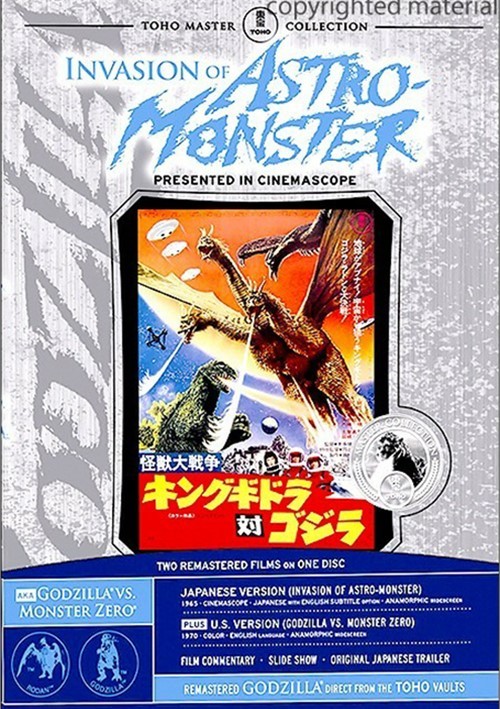 Aliens from Planet X borrow our monsters for a little extermination project, but they've got something else up their sleeves: world domination! Using mind-control technology, these vinyl-and-sunglasses wearing spacemen turn Godzilla, Rodan and King Ghidorah loose in Japan, demanding Earth's surrender! It's up to American astronaut F. Glenn, his galaxy-trotting buddy Fuji, and nerdy investor Tetsuo to break the aliens' hold on the monsters and save our planet from certain doom.

Invasion Of Astro-Monster (1965) represents the pinnacle of Toho's monster cinema, with an all-star cast featuring Nick Adams (The Rebel), Akira Takarada (the original Godzilla) and Kumi Mizuno as alien temptress Namikawa, plus a cavalcade of amazing retro-riffic special effects. Presented in its original uncut Japanese-language edition, plus the English-dubbed version originally titled Monster Zero in the U.S.

Reviews for "Invasion Of Astro-Monster"