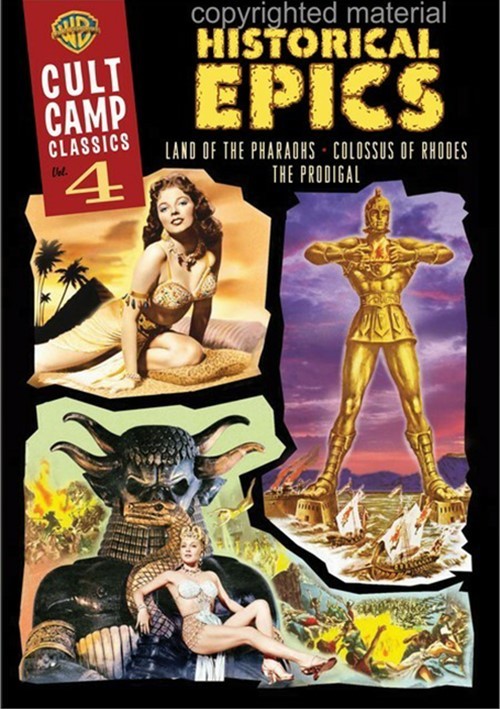 Rory Calhoun wears the hero's toga, and spectacle rules this tale of he strife-torn ancient isle and the gargantuan, human-shaped edifice/fortress striding its harbor.

Land Of The Pharaohs

The building of the Great Pyramid teems with secrets - and the deadliest is a plot to kill the king! 9,753 players in one scene. 1600 camels in the production. Howard Hawks directs.

A story told for millennia - but never like this! Pagan princess Lana Turner eyes the adventurous youth who arrives in the big city with his inheritance in hand.