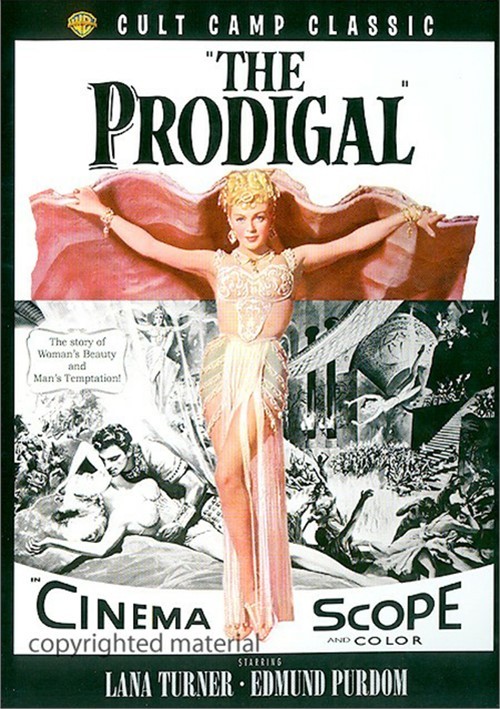 The story of Woman's Beauty and Man's Temptation.

Her wiles never more wicked, pagan sect high priestess Lana Turner beguiles a humble Hebrew farmer (Edmund Purdom) away from his faith in this drama based on the Biblical parable of the Prodigal Son. Four sprawling soundstages were filled with opulent sets representing the Holy Land circa 70 BC, and director Richard Thorpe (Ivanhoe, Jailhouse Rock) employed thousands of extras to create an environment rife with all the famine, poverty and unrest the panoramic CineScope screen could hold. But the star of the visually spectacular show remains Turner, shimmering in bejeweled gowns that reveal just why she can drive a true believer to the brink of forsaking all he holds dear.

Reviews for "Prodigal, The"