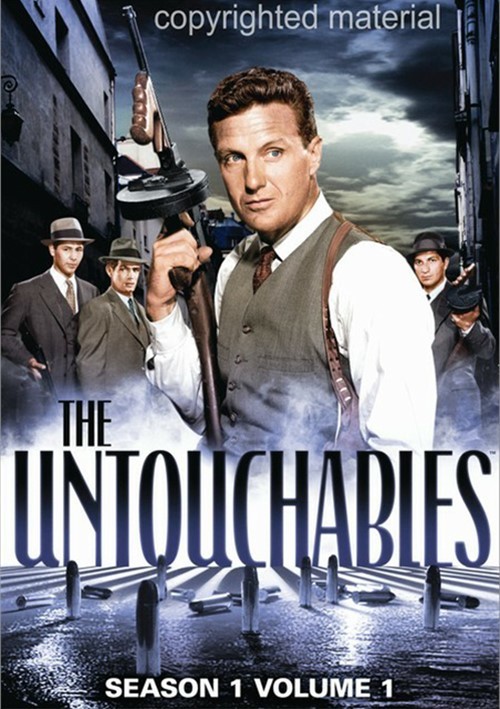 The gangs of Chicago didn't know what hit them.

The Untouchables comes to DVD for the first time, featuring the first 14 of 28 Season One episodes, plus "The Scarface Mob," the seamless movie version of the ground-breaking two-part pilot first broadcast on the Westinghouse Desilu Playhouse. Considered one of the best crime series of its time, the hit show starred EmmyÂ® winner Robert Stack (Unsolved Mysteries) as real-life Chicago gangbuster and prohibition agent Eliot Ness, famous for bringing down the notorious Al Capone.

Executive Produced by Quinn Martin (TV's The Fugitive) and narrated by Walter Winchell, whose distinctive voice lent credibility to the show, the resulting series depicting 1930s Chicago was dramatic fiction with documentary authenticity... and became an instant classic! Each week, Ness and his men wrestled with such flavorful villains as Dutch Schultz, Lucky Luciano... even Ma Barker! But these agents could never be bought off. They were The Untouchables!

Reviews for "Untouchables, The: Season 1 - "