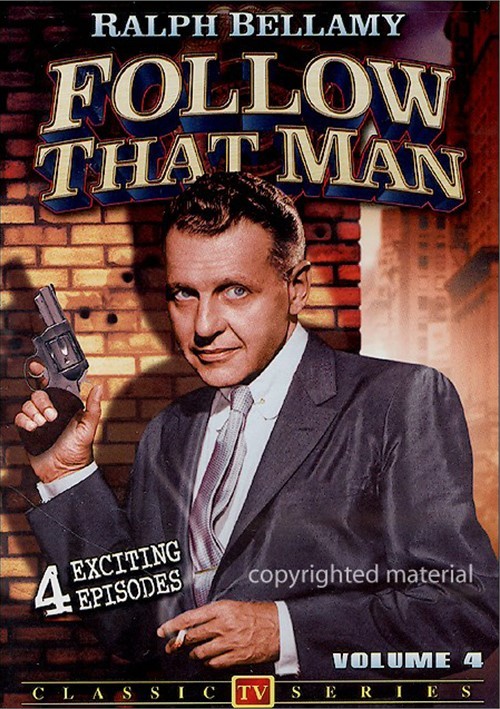 Ralph Bellamy stars as tough private eye Mike Barnett in the lean and violent TV series Follow That Man (aka Man Against Crime) from the early 1950s. Created by Lawrence Klee for the Dumont Network in 1949, this program was originally broadcast live until 1952. The crime-filled episodes in this collection are from the 1952-54 seasons.

Barnett and a beautiful insurance agent must determine whether a creepy mansion is haunted by the living dead or homicidal hoodlums!

Despite Barnett's attempts to beef-up security at a furrier's warehouse, all of the merchandise is stolen in an elaborate heist.

A terrified businessman hides out in the Canadian wilderness from rivals that are trying to kill him.

A ruthless gang kidnaps the brother of a champion boxer and threatens to kill him if he doesn't throw the big fight!