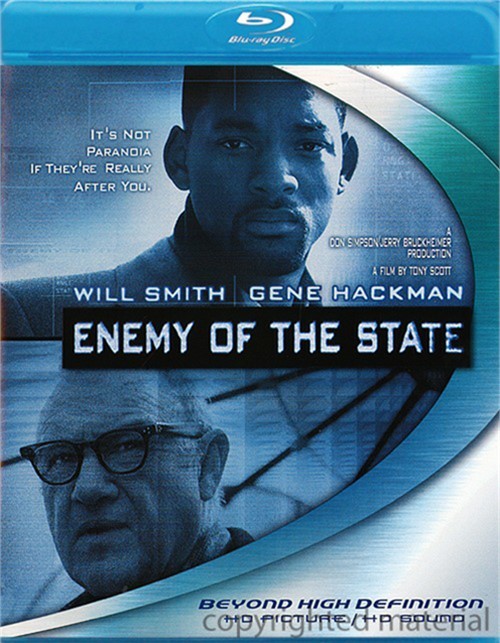 Will Smith and Gene Hackman trigger rapid-fire suspense in Enemy Of The State on Blu-ray's high definition disc. The star-studded adventure Rolling Stone calls "a dynamite thriller" heats up as this volatile new format explodes onto the screen.

After a Washington, D.C. attorney is given - without his knowledge - a video tying a top National Security Agency official to a political murder, he finds himself targeted by a relentless team of lethal NSA surveillance operatives. Watch as nonstop action meets cutting-edge technology in astounding 1080p, and hear the echo of every footstep with 5.1 48 kHz, 24-bit uncompressed audio. Surrender your senses to the awesome power of Blu-ray High Definition!

Deleted Scenes
The Making Of Enemy Of The State
All Access: "The Showdown"
Theatrical Trailer

Review "Enemy Of The State"

Reviews for "Enemy Of The State"