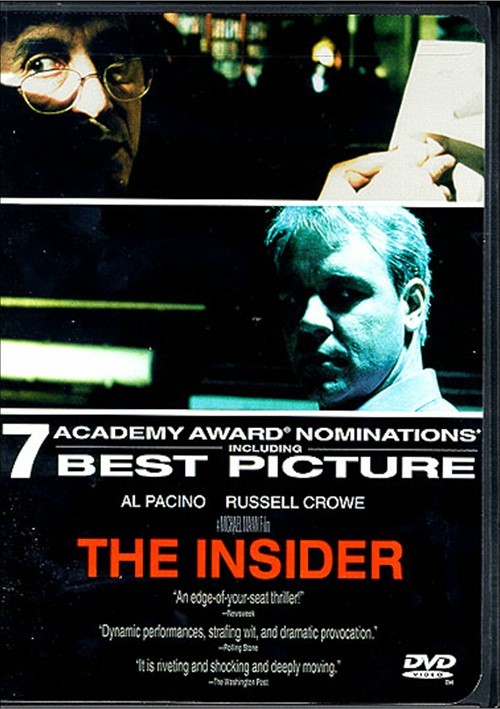 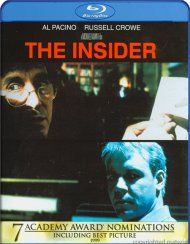 The Insider recounts the chain of events that pitted an ordinary man against the tobacco industry, and dragged two people into the fight of their lives.

Academy Award Winner Al Pacino (Any Given Sunday, The Devil's Advocate) gives a powerful performance as veteran 60 Minutes producer Lowell Bergman, and Russell Crowe (L.A. Confidential, Mystery, Alaska) co-stars as the ultimate insider, former tobacco executive Dr. Jeffery Wigand. When Wigand is fired by his employer - one of the largest tobacco companies in America - he agrees to become a paid consultant for a story Bergman is working on regarding alleged unethical practices within the tobacco industry. But what begins as a temporary alliance leads to a lengthy battle for both men to save their reputations, and much, much more.

As they soon find out, Corporate America will use all legal means at their disposal to save a billion-dollar-a-year habit. And as the corporate giants soon find out, Bergman and Wigand are honorable men, driven to smoke out the evidence.

Also starring Christopher Plummer (Malcolm X) as anchor Mike Wallace and Gina Gershon (Face/Off), The Insider will chill you with its cold, hard edge -- and thrill you with its unbelievable twists and turns.

Reviews for "Insider, The"