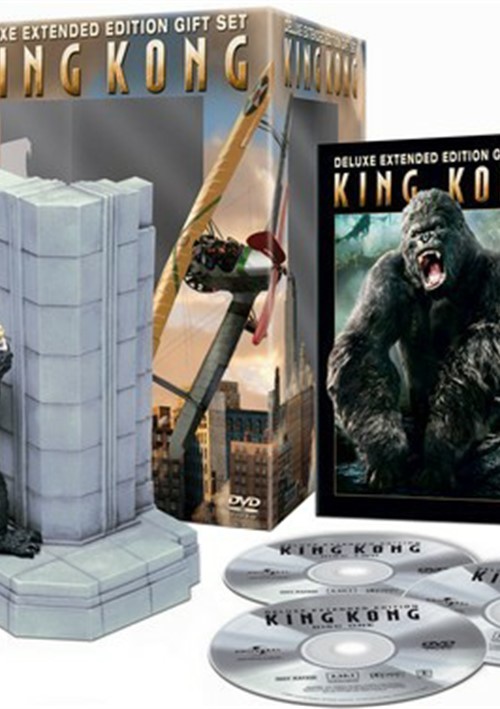 The King Kong Deluxe Extended Edition is an all-new, action-packed DVD experience! Director Peter Jackson has added more than 13 minutes of never-before-seen footage, including the heart-stopping excitement of a charging Ceratops, the adrenaline rush of a Skull Island underwater creature's attack and so much more. Plus, this Deluxe Extended Edition is loaded with hours of brand-new special features, including a riveting commentary, behind-the -scenes featurettes, an outtake and gag reel, along with over 38 minutes of thrilling deleted scenes!