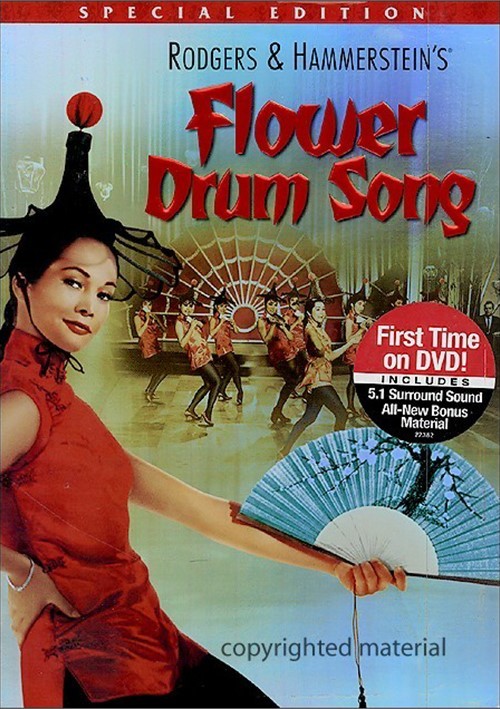 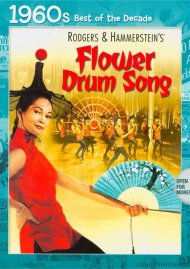 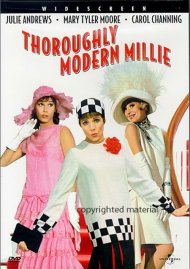 Rodgers and Hammerstein's Unforgettable Musical Available on DVD for the First Time!

Nominated for 5 Academy AwardsÂ®, including Best Music, this romantic comedy tells the story of a young Chinese girl who travels to the United States as part of an arranged marriage and discovers a new and modern world. Featuring an all-new digitally remastered picture, 5.1 Surround Sound, never-before-seen bonus materials, and timeless musical numbers such as "I Enjoy Being a Girl," Flower Drum Song is a lavish song and dance extravaganza.

A Classic Evolves: From Print to Stage to Screen - Broadway legends Rodgers and Hammerstein adapt the best-selling novel into a theatrical hit and a Hollywood classic.
Faces of the East: Casting Flower Drum Song - Learn how the film was one of Hollywood's first to cast Asian actors as strong Chinese characters who achieve success and happiness.
The Songs of Flower Drum Song - From the unforgettable "I Enjoy Being A Girl" to the East-meets-West classic "Chop Suey," experience the wonder of these dazzling musical numbers.
An All-Access Pass to the Sets and Costumes of Flower Drum Song
The Legacy of Rodgers and Hammerstein
Feature Commentary with Actress Nancy Kwan and Film Historian Nick Redman