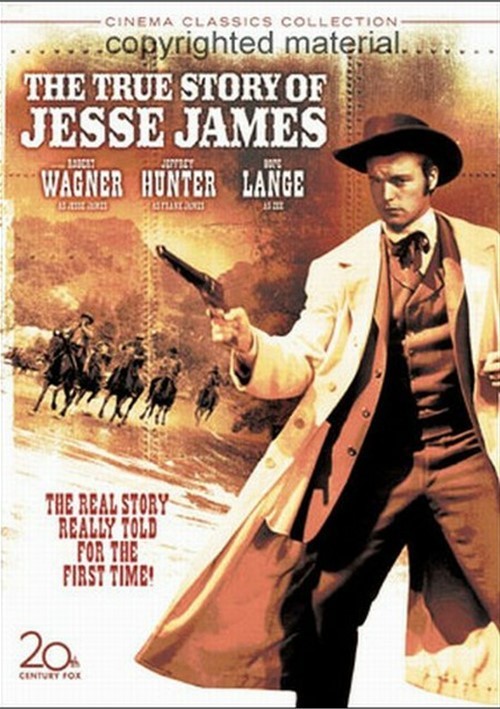 The Real Story Really Told for the First Time!

What sets a preacher's son on the path to violence? Against the backdrop of post-Civil War brutality, Jesse James (Robert Wagner) goes from teenage Missouri farm boy to Confederate vigilante, and then to outlaw king - as he "invents" the train robbery and his exploits virtually change Missouri's name to "The Robber State!"

With director Nicholas Ray (Rebel Without A Cause) at the reins, this re-telling of the life of Jesse James draws you into the series of events that made him America's Most Wanted. As he attempts to evade the law, those who know him best - his brother Frank (Jeffrey Hunter), wife (Hope Lange) and mother (Agnes Moorehead) - ponder the question, "What turned this simple farm boy to a life of lawlessness?" And as Jesse continues his ride into notoriety, the key events in his life are scrutinized in a desperate attempt to close in on him for good!

Reviews for "True Story Of Jesse James, The"