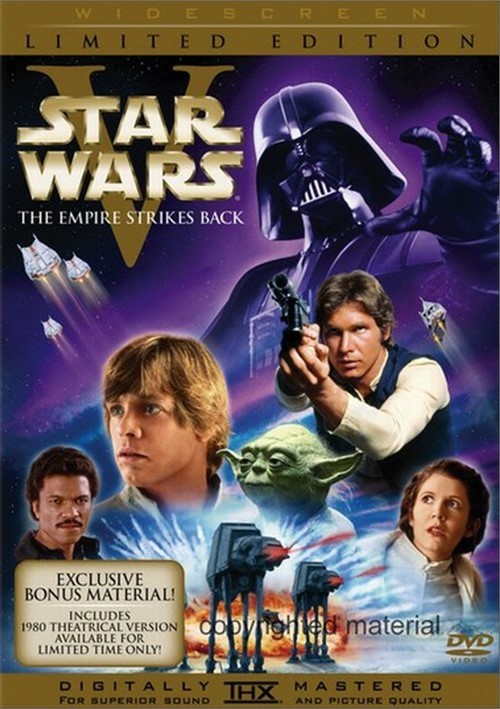 It is a dark time for the Rebellion. After a devastating attack on their ice base on the frozen planet of Hoth, the Rebels are scattered by Imperial pursuit. Luke Skywalker seeks out the mysterious Jedi Master Yoda in the swamps of Dagobah, while Han Solo and Princess Leia outrun the Imperial fleet to the beautiful Cloud City of Bespin. In an attempt to convert Luke to the dark side, the evil Darth Vader lures young Skywalker into a trap. In the midst of a fierce lightsaber duel with the Sith Lord, Luke faces a terrible truth about the Skywalker legacy.

Customers Please Note: The original version of "The Empire Strikes Back" that appears as a bonus feature on this DVD is letterboxed, but NON-ANAMORPHIC.