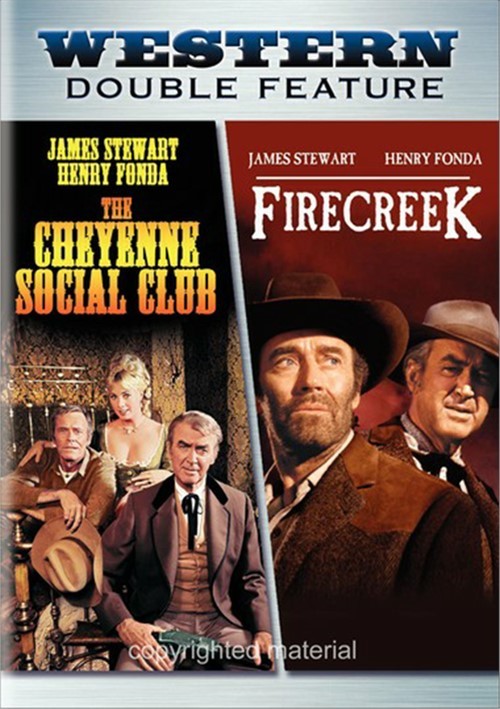 They can be tough as leather. Or as down-home as any pair of good ol' boys. Either way, there's a sense of warm respect between the two stars. The off-camera friendship of James Stewart and Henry Fonda goes back to their days as struggling actors and roommates. The Cheyenne Social Club [Side A] casts them as saddle-weary Texans who, surprised to find they've inherited a Wyoming bawdy house, feel honor-bound to defend it against a gun-wielding gang. Gene Kelly produces and directs this mix of fun and Western action. Next comes a firestorm of character-driven excitement in Firecreek [Side B]. Fonda plays an outlaw preying on small towns, and Stewart is the jittery, $2-a-month part-time lawman who must find the courage to stop him. This will be some showdown!