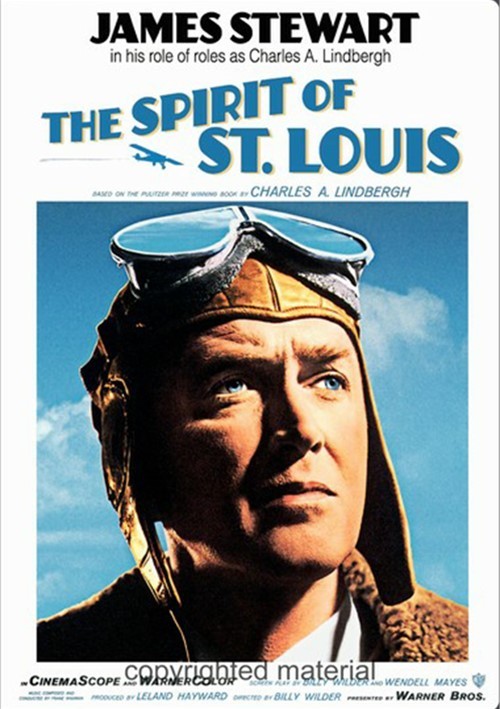 Based On The Pulitzer-Prize Winning Book by Charles A. Lindbergh.

On May 21, 1927, the world changed. "Lucky Lindy" landed outside Paris. And people who previously talked about the limitations of air travel suddenly dreamed of its limitless possibilities.

The Spirit of St. Louis is six-time Academy AwardÂ® winner Billy Wilder's recreation of the struggles and success of Charles A. Lindbergh, the pioneering flyboy who, like test pilots and astronauts to follow later, had the "right stuff" of aviation heroism. Lindbergh fan James Stewart, himself a pilot, sought the role - and was initially turned down. But his persistence paid off, as Stewart added Lindy to his gallery of indelible portrayals of American heroes. He and Wilder together manned the cockpit of a stirring epic entertainment.

Review "Spirit Of St. Louis, The"

Reviews for "Spirit Of St. Louis, The"