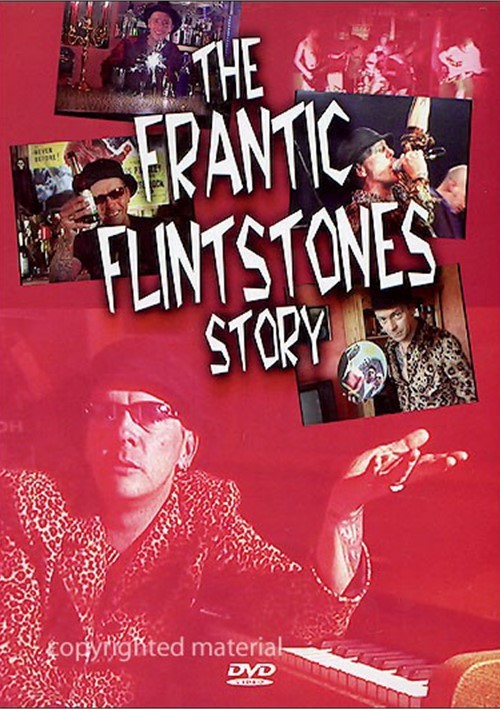 A 'Potted History' Of The Frantic Flintstones

The story of The Frantic Flintstones is one that started over 20 years ago. The band was formed by Chuck Harvey in the mid 80s in Didcot, some 40 miles west of London.

The band's initial recordings were released by the fledgling Raucous record label and the success of their first EP led them to being signed by the more established Nervous label. Before long the band were touring Europe and Chuck, always happiest when on the road, began building a loyal following that would stay with him throughout his musical career.

Despite numerous line-up changes, the Frantic Flintstones, or the "FF" as they have come to be known, have established themselves as major players in the psychobilly world, and much of this success can be attributed to Harvey. It's not only his song-writing, that has produced some of the genre's best-loved anthems, but also his on-stage charisma. Chuck's approach is minimal, yet his delivery is convincing. When Chuck sings about drugs and booze, you know he is singing from the heart, drawing on his years of dependency and brushes with the law.

The band have had a prolific output over the years, releasing literally dozens of albums on almost as many labels, all of which are lapped up by the infamous FF Posse. With seemingly no end to Harvey's hunger for live work, the band is still touring heavily throughout Europe and are also venturing to the USA, where a sizeable fanbase awaits. This DVD takes you back to a time when the band was fairly new, and contains some rare and previously unreleased footage, as well as a short documentary about the band and its infamous founder and leader, Chuck Harvey.

Live in Nuremburg (introduced by Chuck)

Reviews for "Frantic Flintstones Story, The"