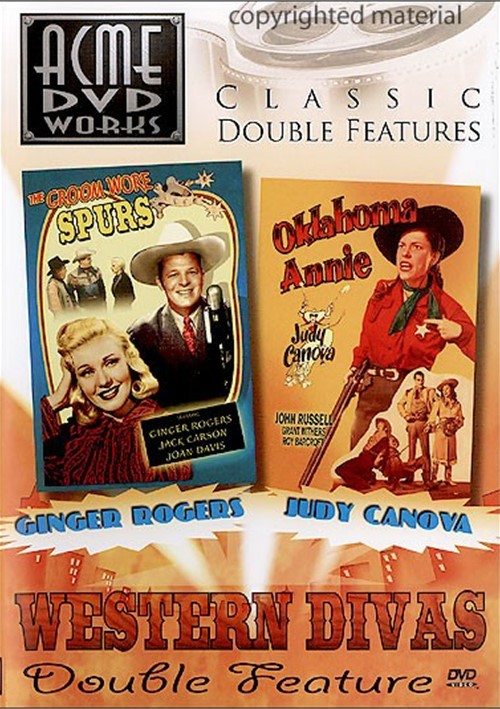 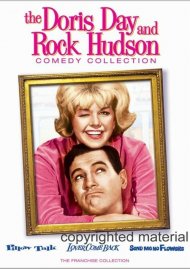 The Groom Wore Spurs is a romantic comedy of a beautiful naive lawyer Abigail Furnival (Ginger Rogers) falling in love with her unruly, gambling, womanizer of a client, Ben Castle (Jack Carson). A well-admired movie cowboy hero, Castle takes advantage of his popular, virtuous on-screen character to break laws and con people into doing his bidding. Accustomed to an adulating audience especially where the ladies are concerned, he thinks little of it when a concerned Abigail agrees to marry him in order to save him from the underground types. No sooner is the wedding announced, when she finds out he is just using her, but little does he know she has a plan to get even!

Oklahoma Annie is a raucous musical comedy starring Republic's rambunctious box-office queen Judy Canova which will delight all her fans and classic movie lovers alike. In this Trucolor western Judy plays a backwoods shopkeeper who falls in love with the town's sheriff (John Russell). When she performs an act of courage, she not only earns herself a deputy's badge but also the right to stick close to her handsome lawman. Soon the two of them are working to rid the community of corrupt politicians and a local gambling den full of bad guys. In a unique turn on the normal male dominated theme, Judy rallies the town's womenfolk to come to the rescue of the sheriff.