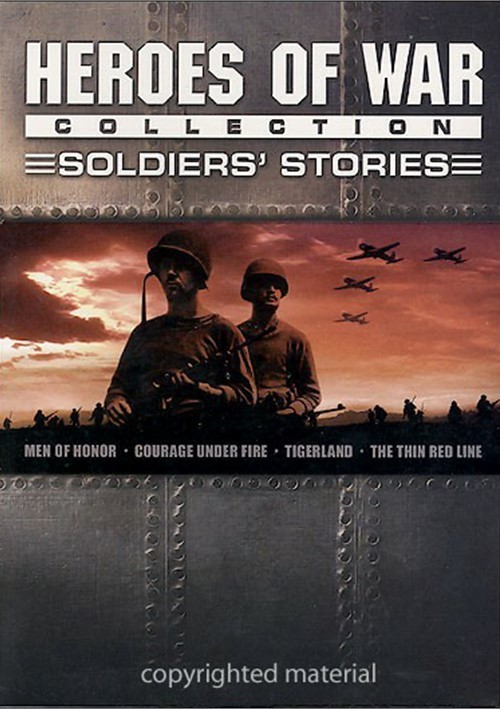 Men of Honor tells the courageous tale of an African-American sailor (Gooding) who dared to dream of becoming a U.S. Navy Master Diver. Despite a ruthless training officer (De Niro) and a tragic shipboard accident, Carl's iron will is never broken. Against all odds, he pushes on to achieve the impossible in an incredible finish that will leave you cheering.

When Lt. Colonel Nathaniel Serling (Denzel Washington) is asked to review the posthumous candidacy of the first woman (Meg Ryan) to receive a Medal of Honor, he finds himself plunged into an apparent cover-up surrounding the actions that led to her death. As he struggles to uncover the truth, he also finds himself f-rced to confront his own tormenting demons. Matt Damon co-stars in this powerful and provocative drama.

A powerful frontline cast - combining Hollywood's biggest names with its newest young stars - explodes into action as a U.S. infantry unit battles for control on Guadalcanal in this hauntingly realistic view of military and moral chaos in the Pacific during World War II.