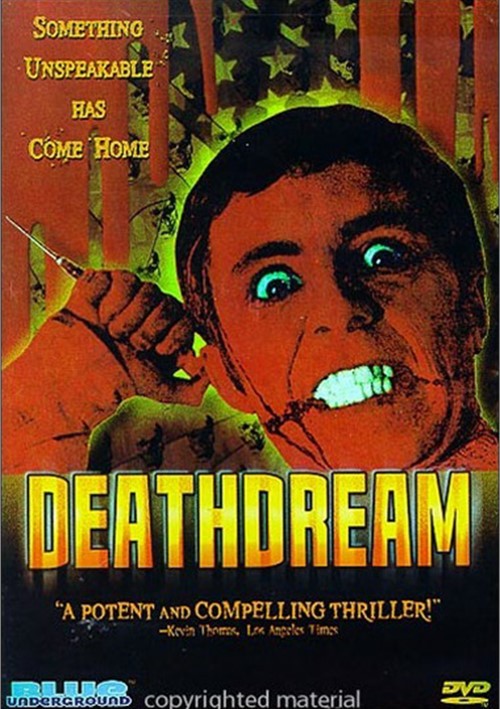 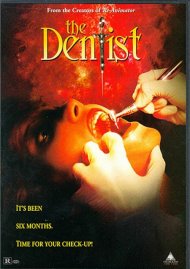 In this shattering variation on The Monkey's Paw, grief-stricken suburban parents (Academy Award nominees John Marley of The Godfather and Lynn Carlin of Faces) refuse to accept the news that their son Andy (Richard Backus) has been killed in Vietnam. But when Andy returns home soon after, something may be horribly wrong: Andy is alive and well or is he? Produced and directed by Bob Clark (Black Christmas) and written by Alan Ormsby (Deranged), Deathdream became one of the very first films to confront the domestic ravages of the Vietnam War. More than thirty years later, it remains one of the most chilling horror films of all time.

Deathdream was released under several different titles, including Dead Of Night, The Night Walk and The Night Andy Came Home, and marked the grisly debut of gore effects legend Tom Savini (Dawn Of The Dead). Blue Underground is proud to present this acclaimed zombie shocker fully restored from a long-lost negative, as well as exclusive new Extras that include two featurettes, audio commentaries with Ormsby and Clark, a definitive ad art gallery and more.

It's Fourth Of July Weekend, and the recently discovered corpse of Sgt. Sam Harper - killed by 'friendly fire' during the first Gulf War - is returned to his all-American hometown. But when Sam rises from the dead to punish the unpatriotic, only his young nephew and a bitter Korean War veteran (Soul icon Isaac Hayes of Shaft and South Park fame) can stop his red-blooded rampage. Draft dodgers, tax cheats, crooked politicians and flag-burners beware: Uncle Sam wants you DEAD!